Coral Gables Counseling Center - Wednesday, June 27, 2018
By Carolina Pataky, LMFT
The so-called “Man Code” is a collection of unspoken limiting rules that men often learn at a young age. Sometimes, in order to demonstrate their personal strength to others, men follow the Man Code and avoid what scares or hurts them.

That being said, following this Man Code causes men to become disconnected not only from themselves but from others.

In reality, this so-called Man Code is just repression of who men really are. The Man Code is just one socially-defined regulation that classifies emotions as “gendered linked” and, consequently, holds both sexes to restricted emotional responses. By doing this, we fail to see how we are confining both genders and robbing them of their natural being.

In the case of men, this gendered link restricts them from feeling and expressing their full scope of emotions. The gendered link can create a barrier to intimacy, which ultimately leads to loneliness. 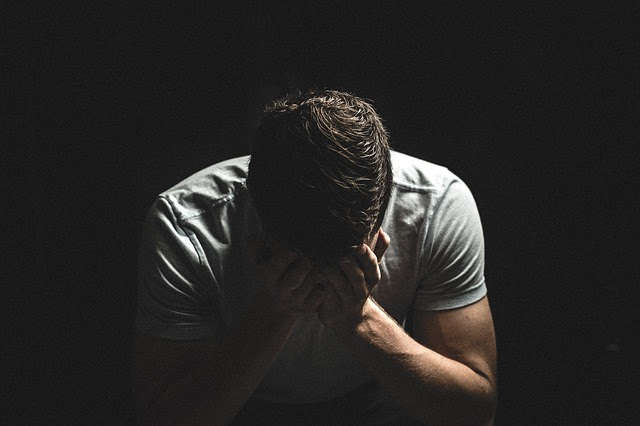 Openly displayed emotions—like nurturing behavior and expressions of intimacy—are associated with female behaviors and can be called “extravagant expressiveness.” So-called “manly emotions,” the second emotional style, can best be described as a “subtle expression of intense emotion under control” (Shields, 2005, p.9). Masculinity can be construed not solely as a performance to be accepted as a man, but a performance to inform others that the man is not feminine.

Having said all of this, vulnerable emotions appear to exist in the early lives of both males and females. For a few months after birth, male infants appear to express emotions more so than female infants. But by the time the male is five or six-years-old, they are less likely to be observed with expressions of emotions of distress compared to females (Hooks, 2004; Pollack, 1998). Ultimately, American mothers (and their older brothers, if applicable) train their boys to be men, to stand up for themselves and to not be “sissies” (Mead, 1949, p6).

This idea of “don’t be like a girl” has transformed into the rules of traditional masculine ideology, including “the requirement to avoid all things feminine, the injunction to restrict one’s emotional life, the emphasis of toughness and aggression, the injunction to be self-reliant, the emphasis of achieving status above all else, no relational, objectifying attitudes toward sexuality, and fear and hatred of homosexuals” (Levant, 1996, p.261).

Traditionally masculine individuals can have trouble expressing emotions like sadness because they have been socialized away from vulnerable (though authentic) emotional experiences for fear of being seen as weak (David & Brannon, 1976; Levant & Pollack, 1998). This problem with expressing emotions causes adverse consequences, including difficulties in establishing intimacy with women, a lowered capacity for nurturing fathering, and weakened friendships with other men and with themselves (Pease 2002a). Many studies show that having intimate relationships is essential to psychological and physical health (Sarason, et al, 1997). A lack of intimacy leads to isolation, which is connected to health and psychological decline. Essentially, in order to be intimate, we need to be connected to our emotions. If not, intimacy becomes challenging, if not impossible.

Notwithstanding the “Man Code” and rules of traditional masculine ideology, there is an inner child that lives within each of us. For men, this means recognizing and understanding the feelings, needs and wants of their inner child. Since the wounded inner child subconsciously prevents men from finding intimacy, it is important for men to recognize this in order to heal.

Men can start by identifying the stage of development of their inner child. By self-reflecting, men can bring awareness to those internal areas that need healing. As they learn to integrate the inner child with the man they are now, they also learn to become fully accountable for their feelings, needs and wants. This allows men to connect from a place of love instead of fear, which lets them let go of the behavior that is driven by power, control, anger, and fear.

But beyond looking at themselves, men can look at the influential figures in their childhood. As just one example, I designed the “HIM” program after many years of working with male clients and noticing a common theme. That common theme is that most men had dealt with an absence of a father figure, or male role model that could teach them what it means to be a man. This void eventually becomes part of the inner child’s unmet needs, which can lead to loneliness and suffering.

Therefore, while children create stories about themselves to understand their world, it’s important to explore how boys interact with some of the more basic male figures in their lives. It is equally important to explore the themes and messages that they have accepted as their truth.

One way is to reflect on the health and state of their relationships with their primary male figure in childhood. What do they most remember about him? What is the story they create about themselves or their childhood? Do they have any justifications or rationalizations of those stories that they told themselves to protect the hurt inner child within them?

It’s important for men to connect with their deepest emotions. They must truly understand and accept what they felt without the story. Intimacy can only be obtained through their own inner work. Engaging in this exercise ultimately heals them, connects them to their soul and leads them to their greater purpose.

Learning to love yourself is the process of learning to value, care and love yourself unconditionally, no expectations. Come join Carolina’s next BeLove Retreat on Labor Day Weekend for both men and women. You will learn the tools through experiential exercises on more ways to connect with loving yourself, loving your life and loving the life you live.