In the age of technology, social media and influencers, we are constantly bombarded with images and information. Be it seemingly perfect bodies, make up, clothing, jewelry or simply an opinion, we are influenced by these photographs, stories and statements on a daily basis.

As of recently, many celebrities are using their platform to shed light on important topics.

While mental health has been a taboo subject for many years and continues to be, there have been many famous artists who have become outspoken mental health advocates aiming to remove the stigma.

To kick off Mental Health Awareness Month, I figured I’d keep this week’s blog simple. Here are a bunch of celebrities that we know and love, discussing the importance of therapy and speaking up about mental health:

“We need to help young people and their parents understand that it’s not a sign of weakness to ask for help. A child’s mental health is just as important as their physical health and deserves the same quality of support. No one would feel embarrassed about seeking help for a child if they broke their arm—and we really should be equally ready to support a child coping with emotional difficulties.” (Place2Be) – Kate Middleton

“I’m very available to depression. I can slip in and out of it quite easily, it started when my granddad died, when I was about 10, and while I never had a suicidal thought, I have been in therapy, lots.” (Vanity Fair) – Adele

“I’ve done therapy on an as-needed basis since I was probably 10 years old. My father was an alcoholic and a very abusive one, and my mother knew the value of providing me with the outlet of an unbiased person to talk to. So I’ve done that all my life when times get stressful. It really helps me deal with stuff.” (Hello!) – Halle Berry

“I just started therapy. I love it, I love it. I went through two therapists to get to the right one.” (GQ Style) – Brad Pitt

On seeing a therapist: “The most important thing I got is that everything is connected. Every emotion is connected and it comes from somewhere. And just being aware of it. Being aware of it in everyday life puts you at such a … you’re at such an advantage.” (NY Times) – Jay-Z

“It’s that absence of feeling—and it’s even the absence of hope that you can feel better. And it’s so difficult to describe to someone who’s never been there because it’s not sadness. Sadness is…I know sadness is not a bad thing. To cry and to feel. But it’s that cold absence of feeling—that really hollowed-out feeling. That’s what the Dementors are. And it was because of my daughter that I went and got help.” (The Oprah Winfrey Show) – J.K. Rowling 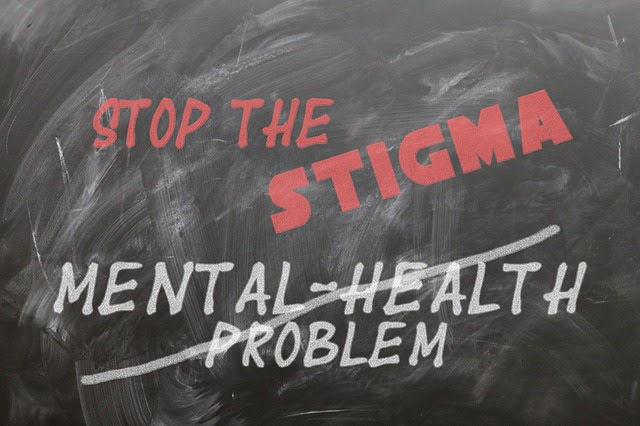 “After every Olympics I think I fell into a major state of depression, and after 2012 that was probably the hardest fall for me. I didn’t want to be in the sport anymore…a year and a half, two years after that…I didn’t want to be alive anymore, I think people actually finally understand it’s real. People are talking about it and I think this is the only way that it can change.” (The Kennedy Forum) – Michael Phelps

On seeing a therapist: “Talking to somebody just helped me out a lot. As a man, you get a lot of slack for it…I don’t really subscribe to that. Everyone needs to unpack and talk.” (Oprah Mag) – Michael B. Jordan

On seeing a therapist: “I say that publicly because I think it’s really important to take the stigma away from mental health… My brain and my heart are really important to me. I don’t know why I wouldn’t seek help to have those things be as healthy as my teeth. I go to the dentist. So why wouldn’t I go to a shrink?” (Glamour) – Kerry Washington

“You are the one thing in this world, above all other things, that you must never give up on. When I was in middle school, I was struggling with severe anxiety and depression and the help and support I received from my family and a therapist saved my life. Asking for help is the first step. You are more precious to this world than you’ll ever know.” (Instagram) – Lili Reinhart

On her battle with Bipolar Disorder: “Until recently I lived in denial and isolation and in constant fear someone would expose me. It was too heavy a burden to carry and I simply couldn’t do that anymore. I sought and received treatment, I put positive people around me and I got back to doing what I love – writing songs and making music.” (People) – Mariah Carey

“DBT [dialectical behavior therapy] has completely changed my life, I wish more people would talk about therapy. We girls, we’re taught to be almost too resilient, to be strong and sexy and cool and laid-back, the girl who’s down. We also need to feel allowed to fall apart.” (Vogue) – Selena Gomez

“Crucially, fighting fitness is not just about physical fitness, it is just as much about mental fitness too…We have all seen professional athletes lose races or matches due to unforced errors. It is no different for anyone in high pressure roles.” (Marie Claire) – Prince Harry

“Talk to your doctor, talk to a psychologist and see how you want to help yourself. And if you do decide to go on a prescription to help yourself, understand that the world wants to shame you for that, but in the medical community, you would never deny a diabetic his insulin. Ever. But for some reason, when someone needs a serotonin inhibitor, they’re immediately crazy or something. And I don’t know, it’s a very interesting double standard that I often don’t have the ability to talk about but I certainly feel no shame about.” (The Off Camera Show) – Kristen Bell

OVER TO YOU:
Has the topic of mental health been taboo in your family?
In your culture? What can you do to change how others look at mental health?