Love Yourself This Valentine’s Day

Valentine’s Day is a remembrance of the love and value we feel for our significant others. As we raise awestruck eyebrows in wonder of this, we often forget that love for others begins with the ability to love and value ourselves.

In light of the aforementioned, the following questions beg to be answered: What do you value most? Is it your career, profession or business, or even your bank account? How do you measure your worth? Is it defined by how much you can provide, or what you can buy for your partner? Could it be that you are selling yourself short?

Before you answer the last question, stop and breathe. Consider your answers to the first four, and then reflect on this: Whom are you really doing these things for? What are you getting out of them, and what motivates you to do them?

The motivating force I most often see in my clients is a subconscious desire for external validation; they crave approval and yearn to feel valued, or in other words, loved. The illusion is that this validation can be bought by placing a significant other’s interests before our own. The truth, however, is that doing so is too high a price to pay. This plays into the never-ending story of not doing enough, which translates to feelings of not being enough, or feeling like something is missing in your life. This is part of the generational societal beliefs that men have been feeding on, which has been hurtful to the evolution of their manhood. By all accounts, a proverbial catch 22. 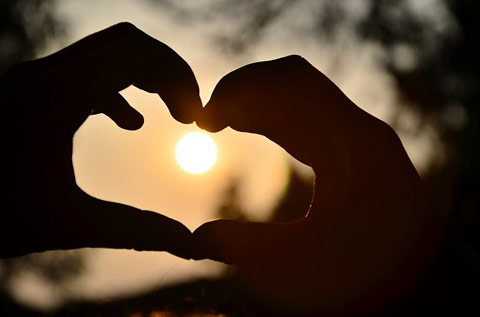 I remember when, during a self-destructive stage in my twenties, my father looked at me with pained eyes and said that what he hoped for me most was that I learn to love myself. I know those words rang powerfully for me back then, even as I searched for a way to understand what he meant.

My journey to self-love started in part with attending college, because my father had led me to believe that becoming a professional meant that I was worthy (by societal rules).

My search allowed me to discover an important truth: it was not my profession, but rather the work I performed on myself that added value. Fortunately, my profession as a psychologist was intrinsically connected to an understanding of myself, needed, of course, before I could help others.

As I reflect back on my father, I see how seriously he took on the role of provider. My father has been in many romantic relationships: married twice, and also lived with two partners all for whom he provided. My father was that guy who always bought flowers and gifts for the women in his life. I’ve seen my father, and so many men I’ve met, play this role of provider and giver. The Romantic Gallant if you will. The sad outcome is always the same: depression, anger, and frustration, all of which my father experienced during his later years.

He wore that role like a mask – a mask that always got him the ladies, but that never left him satisfied in any relationship. His story, common to many men I see, is the story of, “I’ve worked so hard, and for what?” He woke up to an unfulfilled life, feeling it had all been a lie. He felt corralled by the restrictive man box, the humanistic man role. I may have been doomed to a similar destiny as a woman had it not been for the grace of a profession that forced me to look within myself.

In many ways, men have it hard because of an ingrained and pathological “man code” that says, “Be a provider first, or else you lose your man card. Do not talk about your feelings; repress them. Ignore and mask them, and put yourself in second place.” This man code has led men to oppress each other. I’ve had male clients accept, for instance, all of the responsibility for their partners’ bills, including keeping separate bank accounts for savings. I even had one man tell me that, after eight years of marriage, he realized it didn’t feel good, but only after his wife refused to contribute financially, explaining, “My paycheck is supplemental. It’s for me, and not us, because I worked hard for it.” The words “worked hard for it” hit him hard, and he realized the unfairness of what he was allowing. Similarly, I often hear men say they feel they must pay for drinks when they meet women at a bar – sometimes even for the women’s girlfriends.

If we are going to learn to love ourselves, we need to learn to take care of ourselves first, which means breaking free from the conditioning we have learned. Women were oppressed for centuries, and have been working hard on equal rights. Thus, we need equality and balanced, loving relationships that lead to healthier family dynamics. Men, this starts with paying attention to yourselves first, becoming aware of yourselves, and validating your needs before anyone else’s.

This is love. Otherwise, you cannot love another person, and will instead mask your truth as you jump from relationship to relationship, all while growing a void and using insufficient Band-Aids to feel better about yourself.

This Valentine’s Day, then, honestly ask: What do you need? Are you ready to expose this part of you?