It seems that every time we turn on the TV or listen to the news, all we hear is negative activities going on in the world. From hate crimes to the destruction of property, to provoking others for a video to go viral on social media, everything seems to be negative. This appears to be getting worse, and children are beginning to feel this is normal and this is the way we should be behaving. They probably think that if adults are behaving this way, why shouldn’t they behave the same way?

In our last blog written by Erica Fernandez De Castro, she stated that “purposeful parenting is active parenting. A parent must accept early on that building a relationship of trust between a parent and child starts the moment their baby enters their life.” Not only is this trust important, but it also contributes to their emotional growth. However, the job of a parent does not stop there. As the old saying goes, “parents are their child’s first teacher.” Even when you, as the parent, are not attempting to teach your children, they are looking to you and learning with every move you make. Children learn from their parents and from anyone else they’re close to.

When I first started my career, I worked in the foster care system as a therapist. Many times, these children would misbehave not only in the foster home but in school as well. Many of these children came from homes where parents were not good role models. When the children first came into the foster homes, their behavior was defiant and hard to manage. It was hard to see any success ahead of them. At first, I questioned if I had chosen the right career and the reasons I was working with foster children. Slowly, I began to notice how these kids began to change for the better. 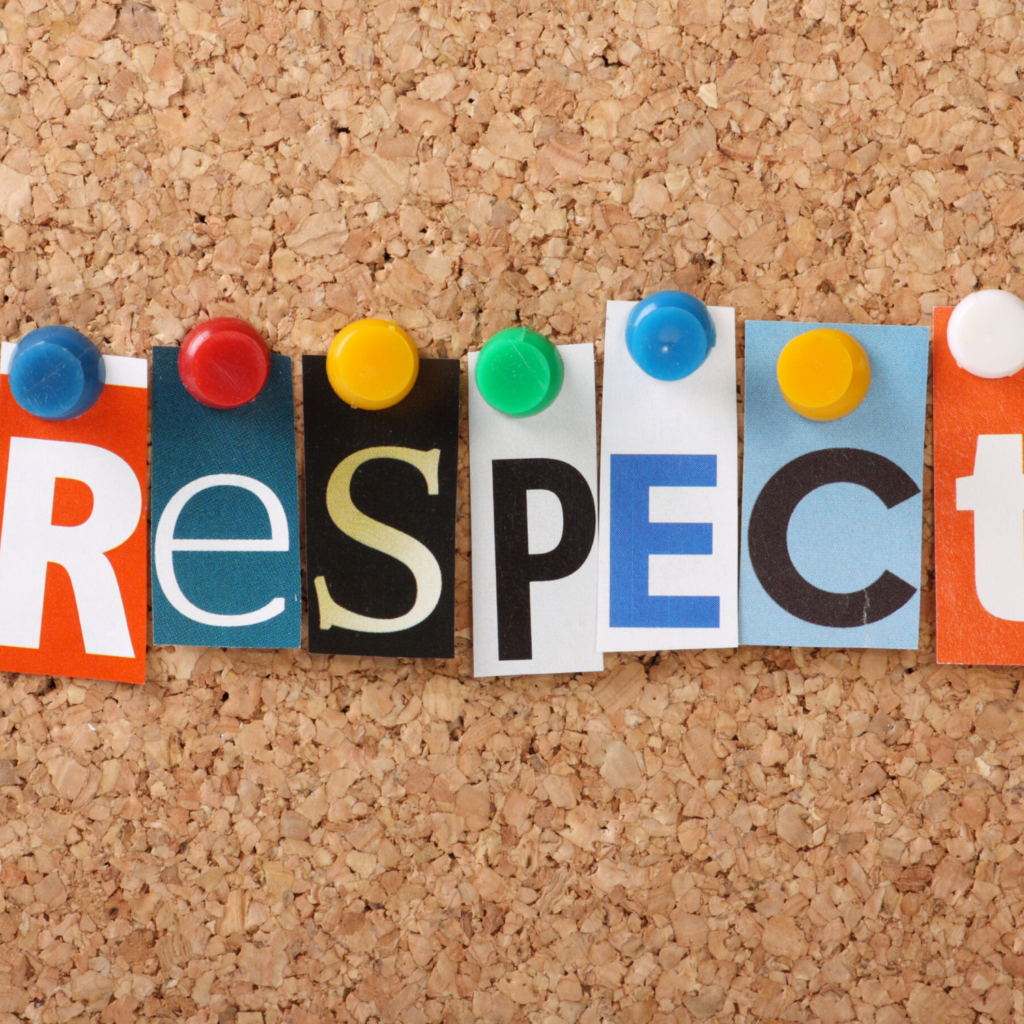 During my years in foster care, I was blessed to have the opportunity to work with many dedicated foster parents who were great role models for these children. You see, these foster parents became active parents. They became part of these children’s lives by spending time with them, taking them to school, participating in school conferences, being involved in after school and family activities, and they would take them to church. After a while, the foster children would start to build a relationship of trust and, with time, they began to imitate the positive behavior of the foster parents and the role models that surrounded them. Little by little, they began to respect not only themselves but those around them.

At first, I thought this change of behavior could only be attained with younger kids, but by the teenage years, the kids with this defiant behavior were most probably lost.  However, with time I realized I was wrong.

When I began running the therapeutic group home, where the most difficult cases of foster teenagers would attend, I realized that it’s never too late to change. It might take a little longer, but with love and patience, it is achievable. I noticed several important things that help an individual develop not only respect for themselves, but respect others as well. These were the same attributes my family taught my brothers and me as we grew up.

I believe we have forgotten to teach our children the importance of respect. As parents, we have moved away from spending time as a family, going to church, and instilling the importance of education, and these attributes are key to teaching respect.

I constantly hear from parents that they spend a lot of time with their kids. However, when asked to elaborate, their spending time is taking the kids to school, to doctor’s appointments, or their child’s friend’s house. In one of my previous blogs, titled “Calling All Parents”, I wrote about the importance of spending quality time with our children and the importance of being with them. By spending real quality time together, like playing board games or talking about how their day went, we help develop our children’s self-esteem, strengthen family trust, and establish positive behaviors. Most importantly our children learn to respect themselves and to respect others.

The benefits of attending church or having faith are many. For instance, studies have shown that people who have faith have a stronger support system, lead healthier lives, and even live longer. It doesn’t matter what belief system we have. However, having some type of spirituality has a positive benefit in our lives. This appears to guide people to treat others with respect. Besides, what better way to spend time with your kids than by going to church and sharing this belief.

We constantly hear our kids complaining that school is a waste of time and that it’s not going to help them with their choice of a future career. As parents, we need to teach our children about the importance of going to school, and that school is more than just for finding a future job. We need to teach them that school is about acquiring knowledge. Not only knowledge from books, but experiences on how to conduct themselves in certain situations in the world. For instance, there is a reason for writing reports, working in groups, and giving presentations in school. Although it may seem meaningless and a waste of time, these activities are preparing us for the challenges of the workforce and life in general. The knowledge that we develop in school gives us the experience we need and prepares us for when we need to work with others. As an educated person we will know how to build rapport with others, how to trust, and to respect others because we’ve already had these experiences at school. 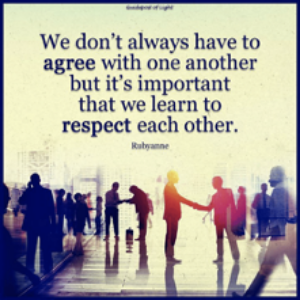 If you’re going to take one thing from this blog, let it be the importance of RESPECT. Respect is learned at home and from the people, we are mostly around in our life. Surround yourself with people who respect you and respect others. Make sure they are good role models for your children. We don’t have to agree with everyone or believe in the same things others do, but we do need to accept others for who they are, even when they are different from us. This world would be a better place if we could show a little more respect towards each other.