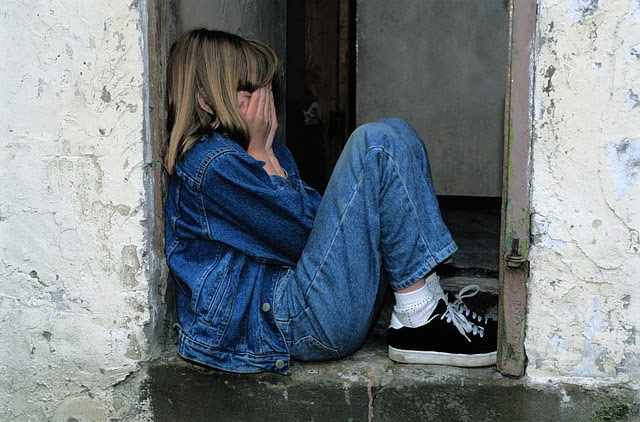 There are many recovery survivors whose addictions are rooted in their childhood. These are formative years, so aside from the damage their bodies have sustained, the mental toll for those people is intense. Finding help can be a difficult concept, especially since using drugs at a young age significantly affects brain development. For many, it’s like being trapped in a state of adolescence because of substance abuse disorder.

Knowing the signs and making a point to seek help are the first steps in reclaiming one’s life and learning how to live sober. And with the right kind of support, patience and persistence, the payoff is incredible. It’s like having a light go off; and though it may dim sometimes, once lit, it will never go out.

Consider the ordeals of these brave souls. They fought against themselves to break free from the addictions that took hold when they were just children. (Names have been changed to protect the identity.)

For Coryanne, her exposure to substance abuse started when she was a young teen.
“I have been an addict since I was 13. My mom kind of got me started, and over the past year, it went from doing pain pills and snorting stuff to the needle. And that became a drug itself.”

Having children and the responsibilities of parenthood forced Coryanne to take a long hard look at changing her life.

“I knew I couldn’t keep running, and I couldn’t do it by myself. I tried and it didn’t work. I was going to end up killing myself,” she said.

Coryanne said she feels clearer, better now. The sobriety she gained from her recovery center has allowed her to see another side of who she really is.

“I’ve had the mindset this entire time that I’ve wanted this. I’ve taken every step seriously, down to getting up in detox and going to my classes on time. … I found myself. I see the good in myself, and I see the good in others. … It just gave me a second chance when I didn’t think I deserved one. I look forward to getting my life together, because I can now. I have the proper tools to deal with life on life’s terms.”

Keisha, who recently completed addiction treatment, was smoking marijuana at the age of 12, and then later turned to harder drugs.

“I started using pot when I was about 12, and then it slowly escalated into more by the time I was 15 and 16. I started pretty much doing everything.”

Realizing that previous life experiences would require her to dig deep, Keisha started in on the work and began to confront her past and acknowledge how to change.

“I know that I’ll be OK because I’ve done a lot of work here. I’ve gone through a lot of my traumas and a lot of things that my childhood caused, and I’ve slowly gained acceptance and understanding and I don’t carry the baggage anymore,” Keisha said.

Tiffany’s story is definitely heartbreaking. To hear how she’s clawed her way out and is working towards sobriety is a testament to her strength.

“I was a drug addict. I was a prostitute, gang banger, and dope dealer. When I was 12 years old, I joined a gang and I started to run from school — started to run from life. At first, I dabbled in different kinds of drugs, and then I met heroin. Heroin took over my entire life.”

Losing her mother was the push that prompted Tiffany to seek a change.

“My breaking point wasn’t slinging dope, mutilating people or myself; it wasn’t gang banging, it wasn’t the prostitution. It was burying my mother.”

Tiffany said she feels free now, and she likes who she sees in the mirror.

“No matter who you are or what you’ve been through, what kind of walks of life you’ve lived, if you get to a point where you can’t manage it anymore, then you need help. And you know what? The biggest step you could possibly take in life is to actually take that step.”